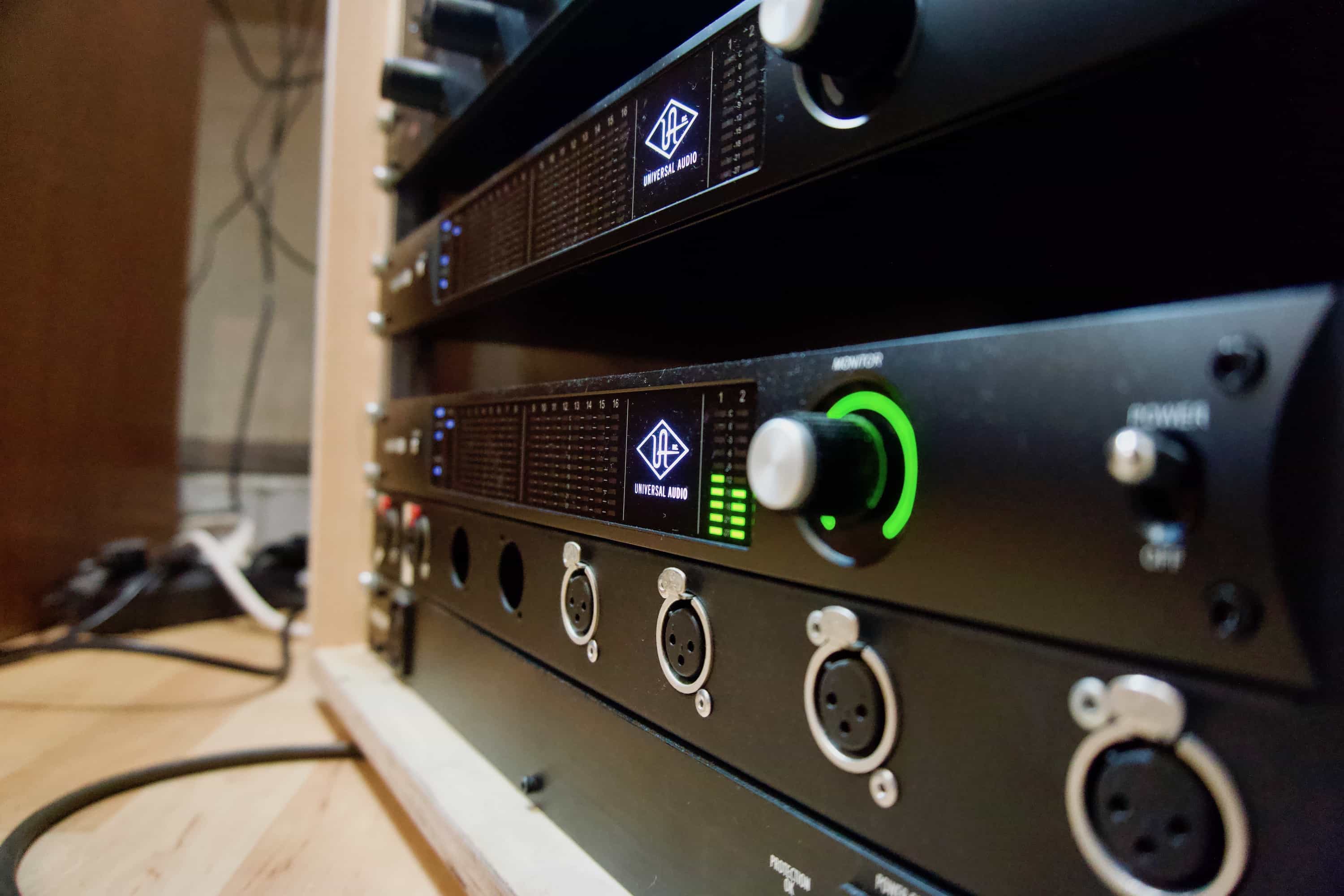 When we started the studio, we have a converter setup that was built around an RME Fireface 800 and a Fireface 400 plus a cheap 8 channel AD/DA interface running on the ADAT ports of one Fireface. That was never really stable, and also the RME software never quite made sense to the kind of people who run sessions at our studio (including myself).
‍
At some point, we found a reasonably priced Lynx Aurora and bought that to replace the cheap 8 channel AD/DA thing. The Lynx did sound better - and better than the RMEs - but obviously did not change the stability issues we saw.
‍
After one particularly painful sessions we decided to upgrade and got these at APKE studiotechnik (now Peakhouse). Paying for converters felt painful at first - there's a lot of pedals we could have gotten for that money. But it has been worth every penny. First of all these run rock solid. Second, the improvement in sound quality both in playback and in recording was substantial. Also - much as we hate plugins, UAD stuff tends to just work reliably in a way only found with Soundtoys otherwise.