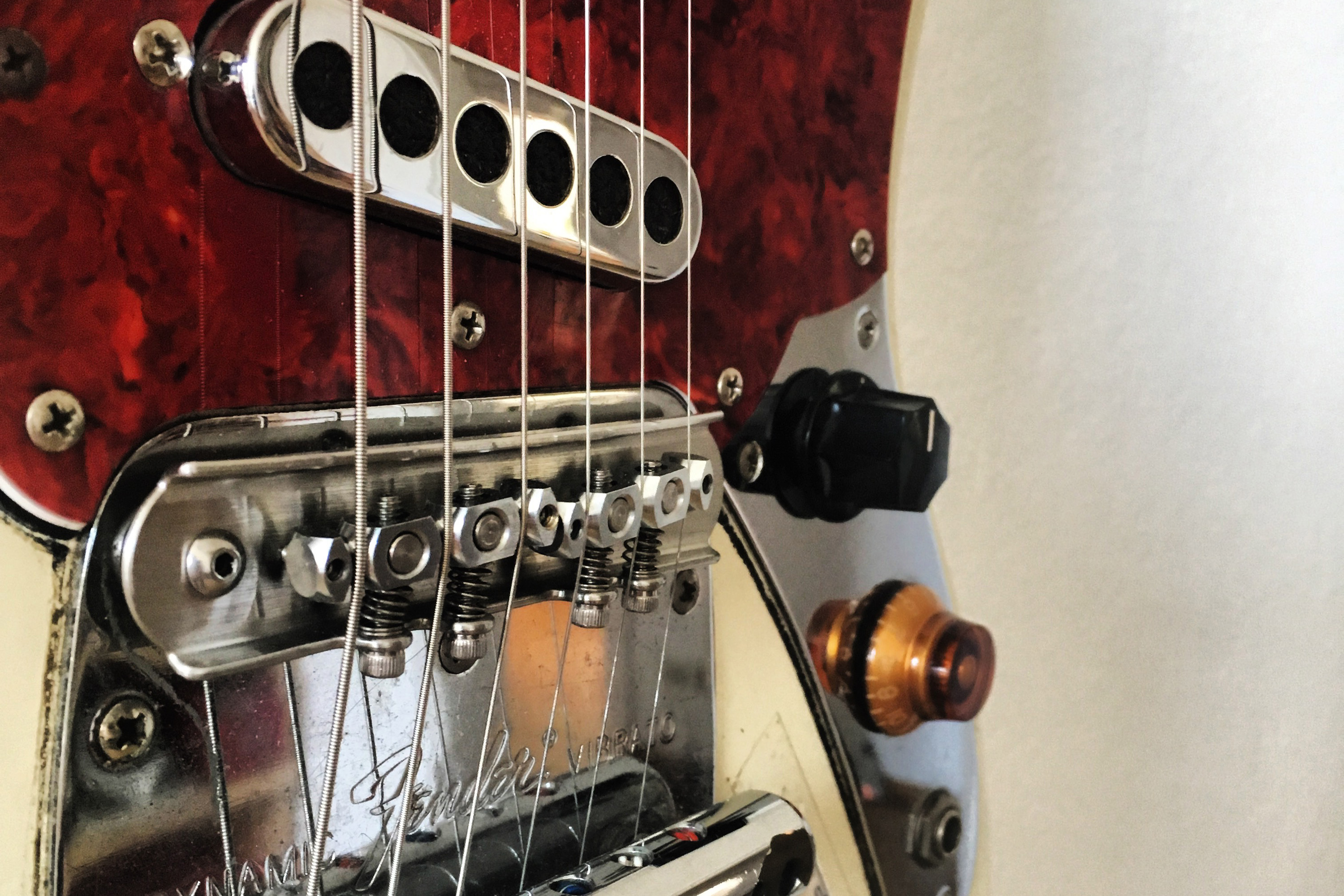 This is the first electric guitar that I (Niklas) bought. It was 1994 and I was at Art Of Sound in Cologne with all the money that I had saved. I really liked the Jazzmaster they had, but that would have meant going home empty-handed and save for a couple of more months. Not an option. So it was either this Mustang or an Epiphone Les Paul. My friend Christian said that the Les Paul was better for distorted sounds, and the Fender for clean sounds. "He probably read that somewhere" is what I thought, since my own impression was that the distorted sounds of the Mustang were way cooler.

We tested all that ont he Rockman headphone amps they had there.

I left with the Mustang.

‍
Over the years, it travelled to the US with me a couple of times (mostly I disassembled it and just threw it in the checked luggage). It aquired the Les Paul Tone knob at some point, maybe as a tribute to what could have been my first guitar. There are stickers on there that showcase my love of outdoor gear (Sir Joseph, purveyors of fine down products), mailorder (Saddle Creek and Kill Rock Stars), my appreciation of Shnacks and a teenage obsession with red and blue gaffer tape.

‍
Over the course of the early Locas In Love I came to resent this guitar heavily. In the context of our band it sounded thin and wiry, the short scale added to my troubles of playing in tune during concerts, as did the Mustang bridge. I talked to Uli at Ulis Guitars in Cologne, and he suggested putting a Humbucker in the bridge position. It was a Hot Rails, and did nothing for me.

‍
Over time, the Mustang faded from band use, though it sometimes got brought out for noisy bits, adding to the dings and dongs all over the body.
Strangely, it has been the only electric guitar I have at home for years now, and it has grown on me like never before. I ordered a Mastery Bridge at Deimel and that helped a lot with the intonation troubles. Then I found out that Creamery built Burns-Style pickups for the Mustang - and that was a no-brainer as a lifelong fan of Brian May's playing (and guitar). They sound really fantastic.

‍
And then there's the strangest thing I have noticed with home use: This may not be my "best guitar" by a distance - but playing into converters and using amp simulations it is the one instrument that does not sound totally off to me. Maybe it is because I got used to the sound of this particular guitar direct into a Tascam 4-Track way back when, maybe it is some other magic. Whatever it is, the Mustang is here to stay.