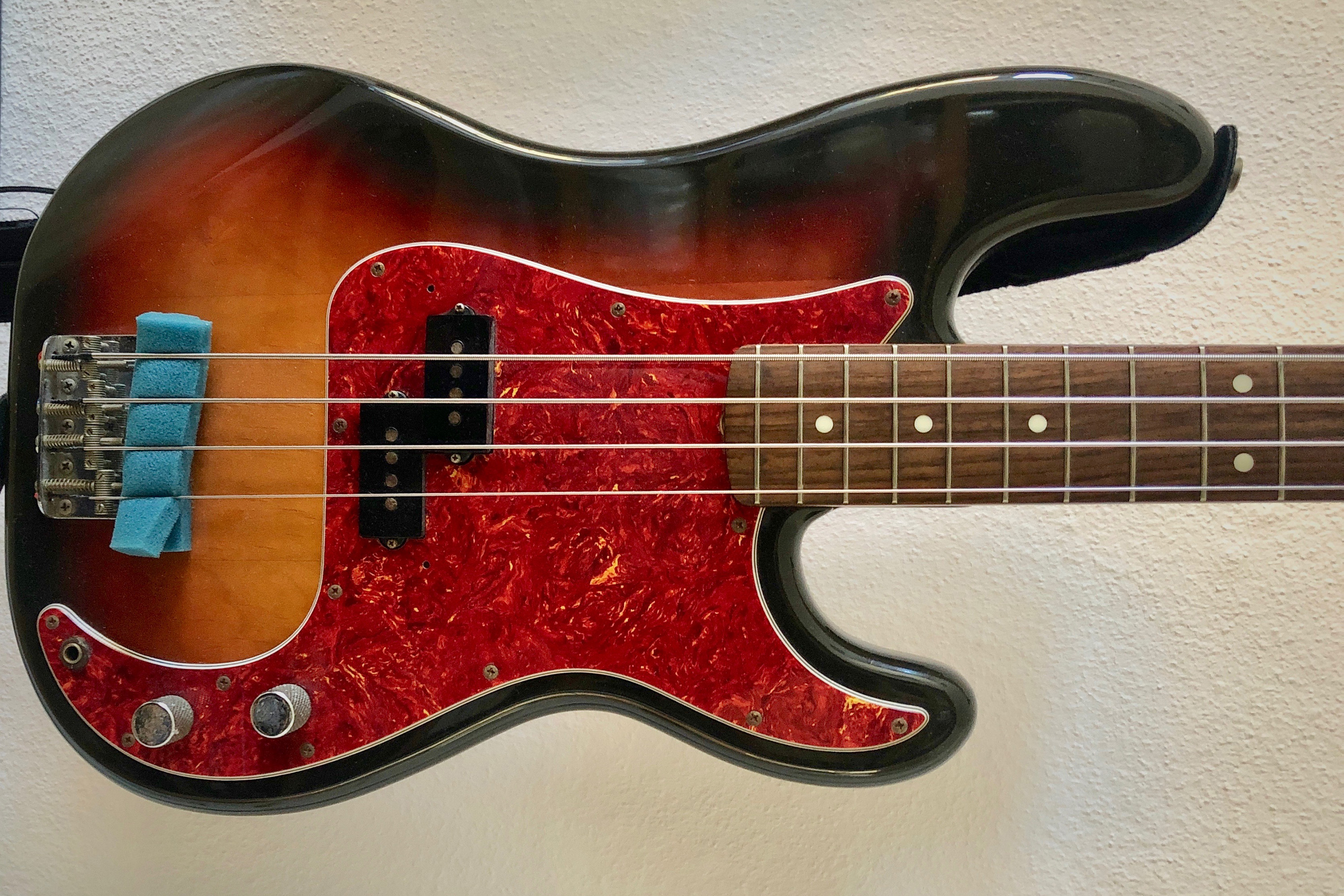 It's always good to have a Precision Bass around, we thought.
‍
Found one that was from roughly the same era - and definitely the same factory - as the Mustang guitar, and that had on previous owner, Koji Ueno of the Japanese band Thee Michelle Gun Elephant.
‍
Anyone who has ever bought a used instrument in Japan probably knows how impeccable they usually are. When this one came in, only the slightest hint of rust on some of the pickguard screws showed the age of the instrument.
‍

It's a fine playing Precision Bass. We've put flatwound strings on it, and some foam under strings near the bridge so it's thekind of bass that sits back in the mix and just holds things together nicely.