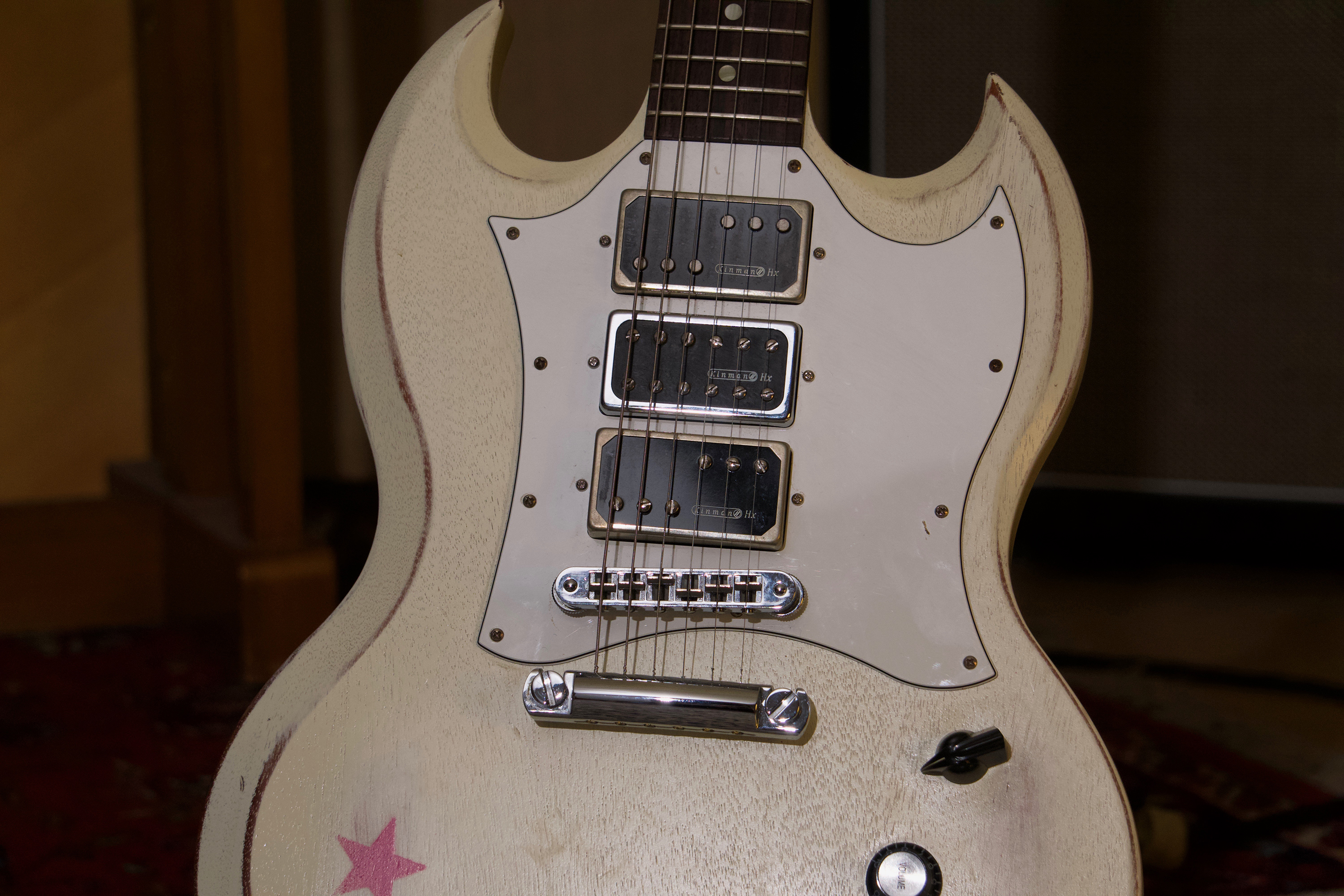 Gibson's faded series feels so much better to these hands than their more glossy offerings - the neck was nicely worn in very soon after it joined the family and has stayed that way.

The rotary pickup selector plus three pickups configuration makes this a broadly versatile instrument: It does the country clean thing that SGs are great for. It does the early Skynyrd / Muscle Shoals thing. It does the warm and woody, earth-betweeen-your-fingers sound thing. (It doesn't djent though).

This one was improved manyfold when our guitar tech added Kinman pickups. Can't say enough great things about these - I swear they even brought out some of the harmonic structure I knew from Travis Bean pickups.

In the studio, it's also always fun to suggest to guitarists working on a folky tune, or a country shuffle or something like that, where they have been struggling with a Telecaster for a while "Why don't you try this on the SG". Chances are, they haven't played one before. And certainly not for this style. And that they'll be pleasantly suprised, and inspired.

As this is an SG, the headstock has been repaired not once but twice.