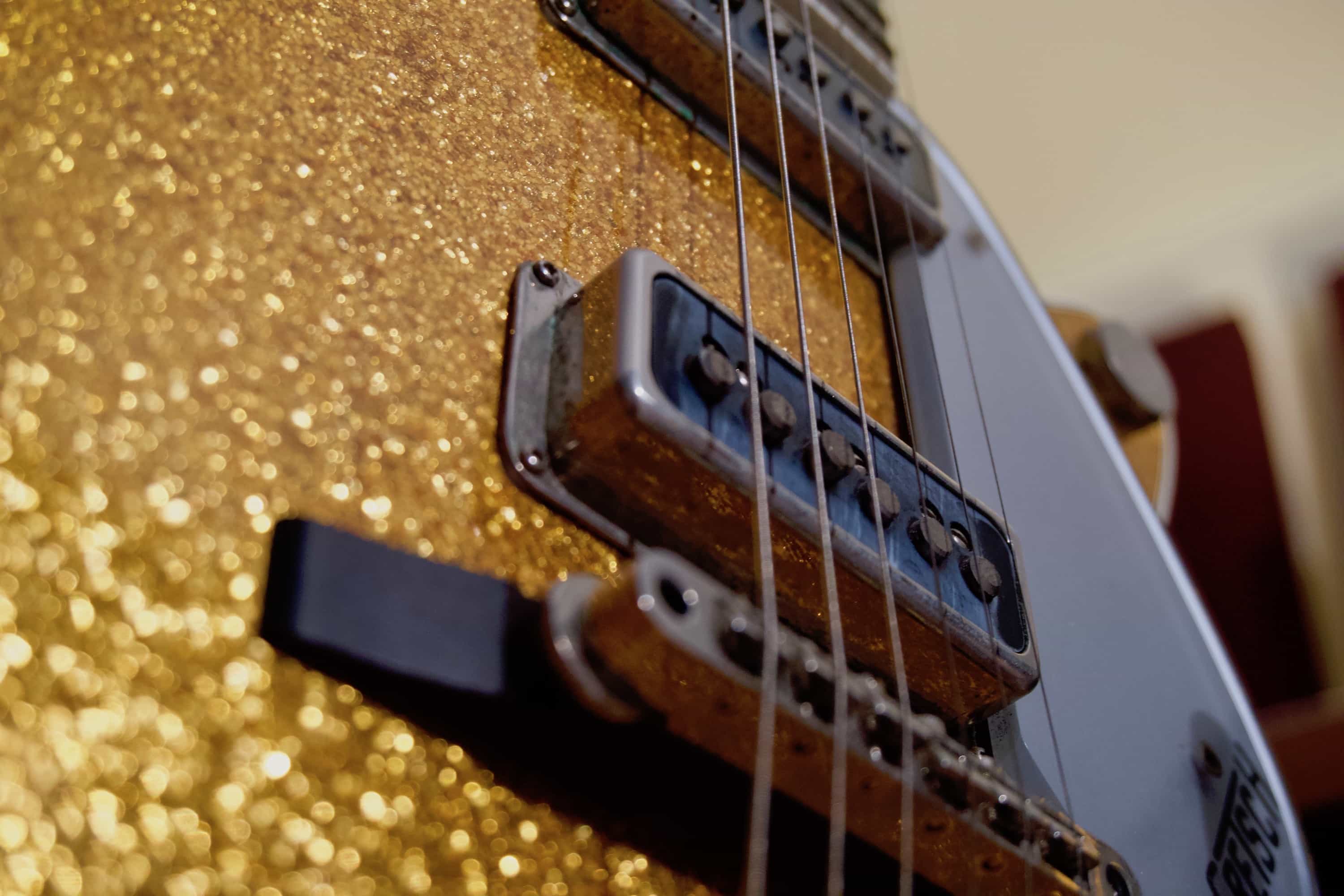 Pre-internet, live music on television was one of the main sources for knowledge about what kind of instruments people play.
It was also very much unreliable, especially with grainy reception on a tiny TV set.

So I knew that Neil Young's guitar sound at the Bob Dylan 30 anniversary thing was the best. The guitar looked strange and I just knew it must have been a Gretsch: After all, Les Paul's do not have a Bigsby or weird looking pickups in the neck position! Yeah, maybe I could have known it was a Les Paul - but in guitar magazines of the time, all the interviews were still with Dweezil Zappa or Axel Rudi Pell. And even if they were with Lou Reed he was talking about bloody Soldano rack preamps at the time.
‍
A couple years after that I saw the first images of Ash in NME, and he CERTAINLY was playing a Gretsch (silver sparkle, I think). Girl From MArs was the best ting that year.

Anyway, cue even more years later, we had already owned the gold sparkle Slingerland set for a while, and we walked into Guitar Center Cologne and Peter Alexius showed us this thing. It clearly was the coolest looking guitar.

I had no idea about D'Armond pickups at the time (and how finnicky they can be with feedback at higher gain/volume), I knew nothing about how much 90s-Japan-era Gretsches are worth, but clearly needed this guitar.

Once we had it, we recorded the Locas In Love track Honeymoon Is Over (If You Want) with it, and I clearly remember hearing the first playback and thinking "now THAT is a guitar sound".

It's a wonderful guitar, especially for anything that is remotely Americana-tinged. It loves low-powered tube amps. It is fantastically dynamic. And it sounds wonderful with just-slightly-rusty strings (so Neil Young might actually like it).