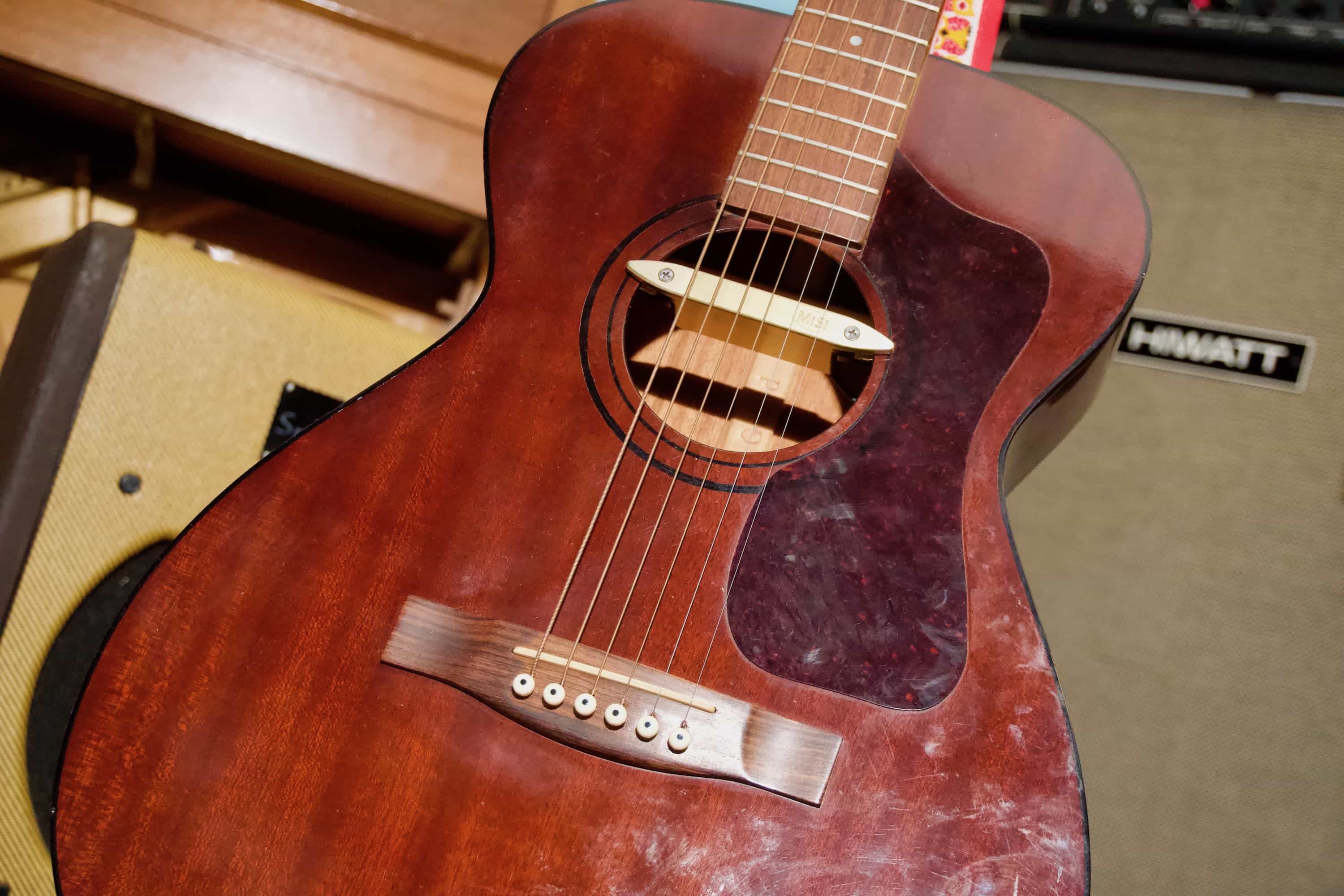 Guild did a version of the legendary M20 right at a time where our obession with Nick Drake was at a peak, and when we had some money through an insurance case. So obviously we had to buy it.
Like an M20 should it actually sound best when tuned down - on the first Locas In Love album we used it tuned down to D Standard and that sounds gorgeous.
‍

‍
Some years later, at Musikmesse, Björn and Stef got to know the people who make NiSi pickups and pure optics decided that it would be a great fit for this guitar. As is often the case with instrument, pure optics were spot on: It sounds great into most amps we have. Can be clean and very much like a, you know, acoustic guitar, but it takes effects nicely all the way up to a Neutral Milk Hotel wail. The fact that the pickup is charged through a nifty charger that terminates in a quarter inch jack is great, however we have lost 3 of these already. Some kind of adapter that would allow for this to be hooked up to a PedalPower would be fantastic.

Other than that, the only gripe with the guitar is that there is something about the lacquer on this one that makes it feel sticky and greasy in no time at all.