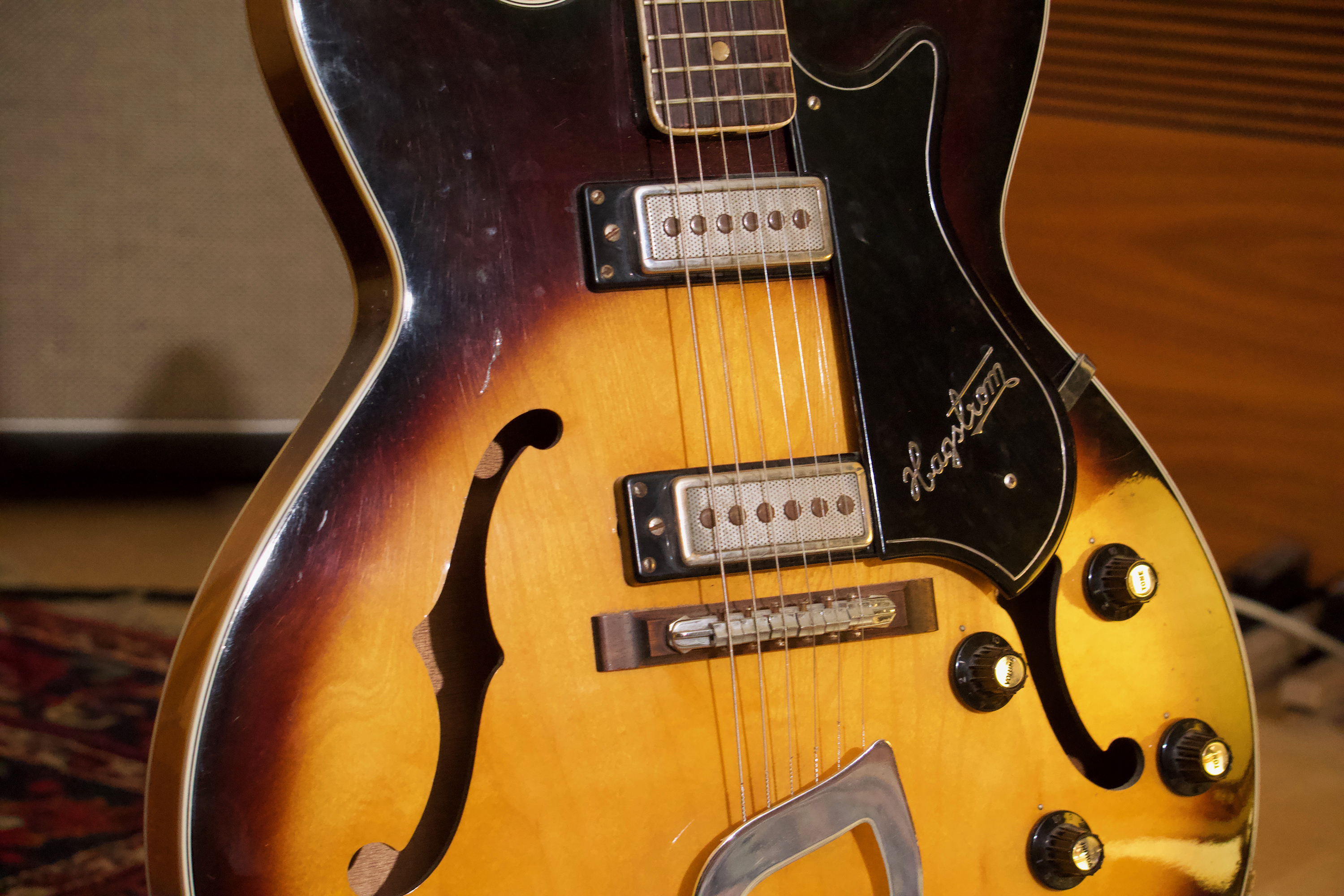 I always was (and still am) surprised by the delicacy of this guitar; it has the skinniest, tiniest neck you can imagine. It feels almost ridiculous at first (especially for a rather large-handed player such as myself). And it weighs about as much as a young butterfly. It also sounds great, especially for these kind of Velvet Underground-like percussive guitar parts that cut through the mix while still sounding pretty. Or of course, it's great for really spread-out chords that are impossible to play on other necks.
‍
This one, too, was bought at Guitar Center Cologne around 2006 or so. We know nothing of its history as an individual guitar and we knew only little about these semi-acoustic Hagströms when we bought it. But ever since we found out that this is the model that Elvis played for his '68 comeback, it's something we mention when handing it to guitarists: "try this one - Elvis played it."

All in all, we owned three different Hagström models, a black "De Luxe" from the early 60s and a II from around the same time. Both were amazing, but the Viking is the only one we kept and can't see ourselves parting with. Ever.