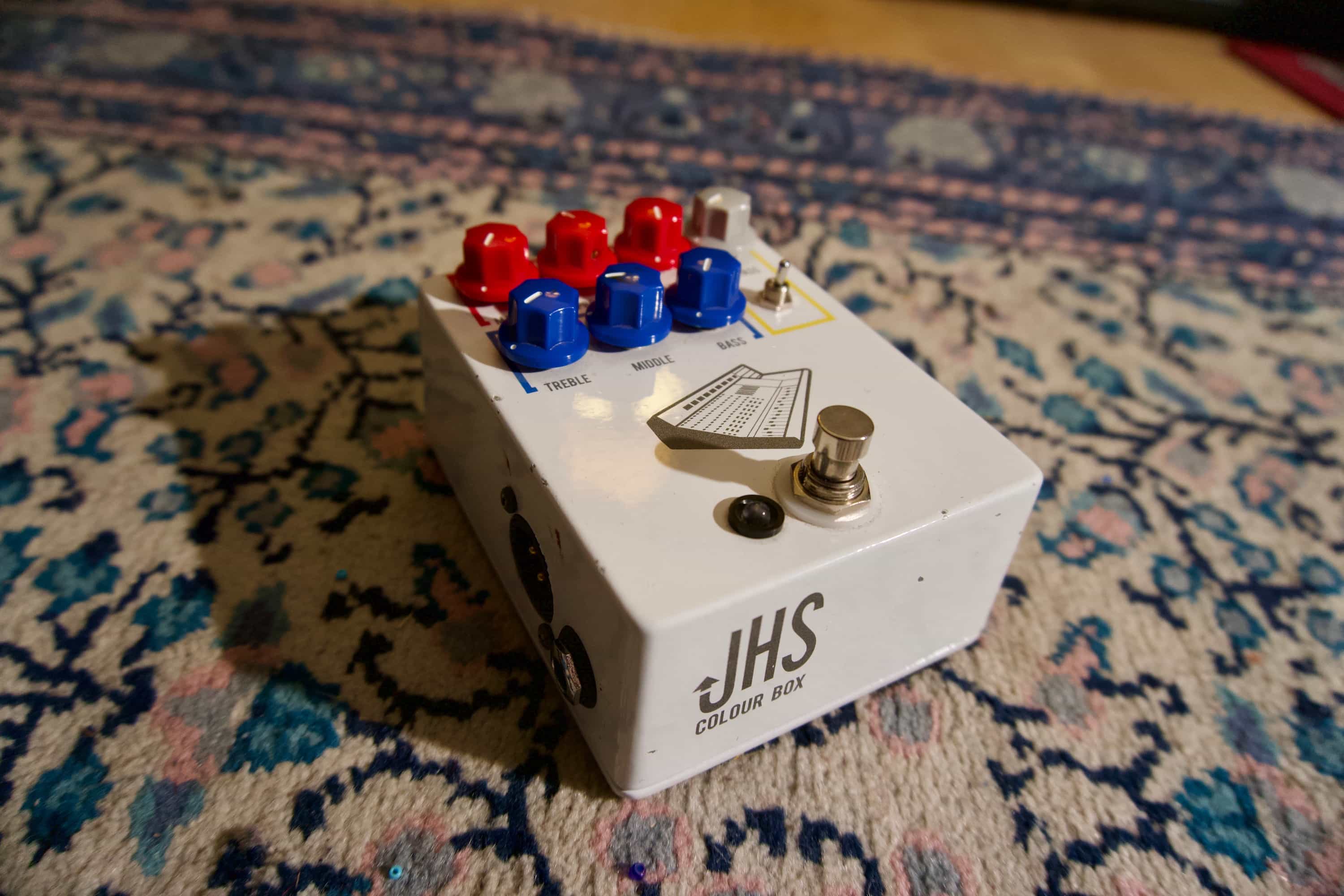 There was quite the buzz when this pedal was released, both in "pedal circles" and amongst sudio and live engineers. The vague promise that it does a "console sound" thing in pedal form. Demo videos from Abbey Road (and plenty of mention of the guitar sounds on Abbey Road, the album). The idea, that there is a hint of Neve in there as well. The XLR in and out.

‍
All that made me curious. I was in Nashville at the time, and bought this at Vintage King there. I had a day off, so I walked there and spent some time listening to other people try out things (Surely was NOT going to embarrass myself by playing guitar at a music store in Nashville). Realized that Magnatone amps are pretty magical. And bought this Colour Box.
‍
It's an interesting one. The EQ and Filter certainly go beyond what your usual pedal does, and are closer to studio outboard gear. The various gain staging options go from slight enhancement to DI-style fuzz, and there are silly amounts of volume available. Nicolas, who regularly works at Bear Cave, utilizes his Colour Box as an outboard character channel strip to great success. Ours mostly lives on a pedal board, where it is a great tool during studio sessions to tailor the tone for just about anything that might be needed.