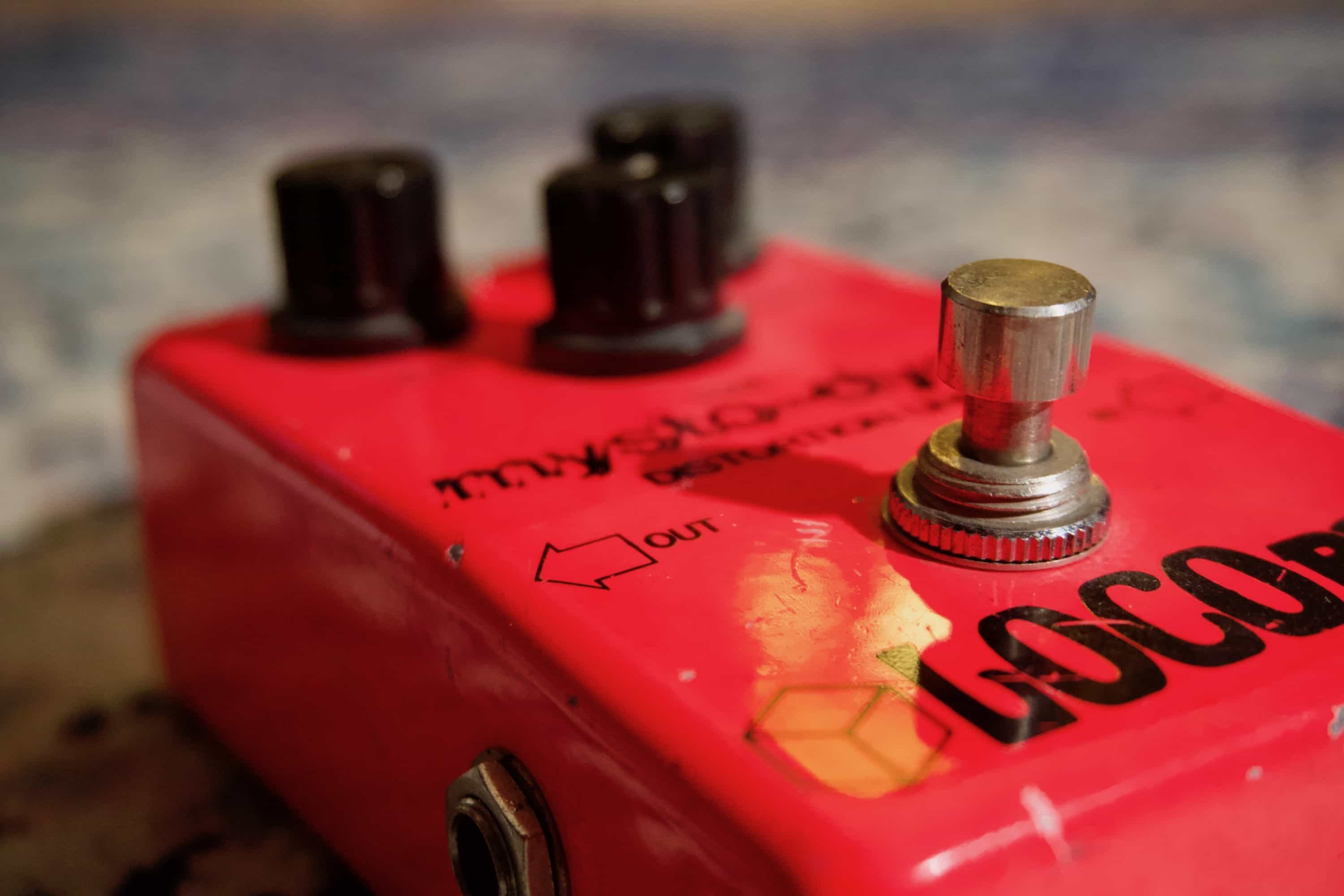 Playing in a band called Locas in Love, we could not pass on the Loco Box when it appeared on ebay, a long time ago, cheaply. Their Mysto Dysto is a fairly high gain overdrive/distortion that has a high frequency clang that almost calls to mind a Harmonic Percolator kind of sound. Together with the Fender Bassman head, this gives you sounds that will have you join a heavy math-rock band from Chicago (and some 20 years in the past) in no time at all. It's also cool that this lives in a non-standard enclosure, that looks close enough to classic MXR style, but feels entirely different (and, granted, cheaper) in the hand.
‍
Weirdly enough, there is this company from the Rotterdam, BEP, that has three Mysto Dystos on reverb.com while I am writing this - ranging from €544.82 to €315.45. Not sure if they are hoping that there are more bands that are lured in by the name? Either way - looking back we could wholeheartedly recommend getting this if it pops up for €40 on ebay, but paying hundreds just seems silly. Stuff like that has killed our interest in vintage pedals. If we were to pay this kind of money for a pedal, we'd rather have the money go to somebody who is building pedals right now than to dealers who are handling pedals like you would shares on the stock market.