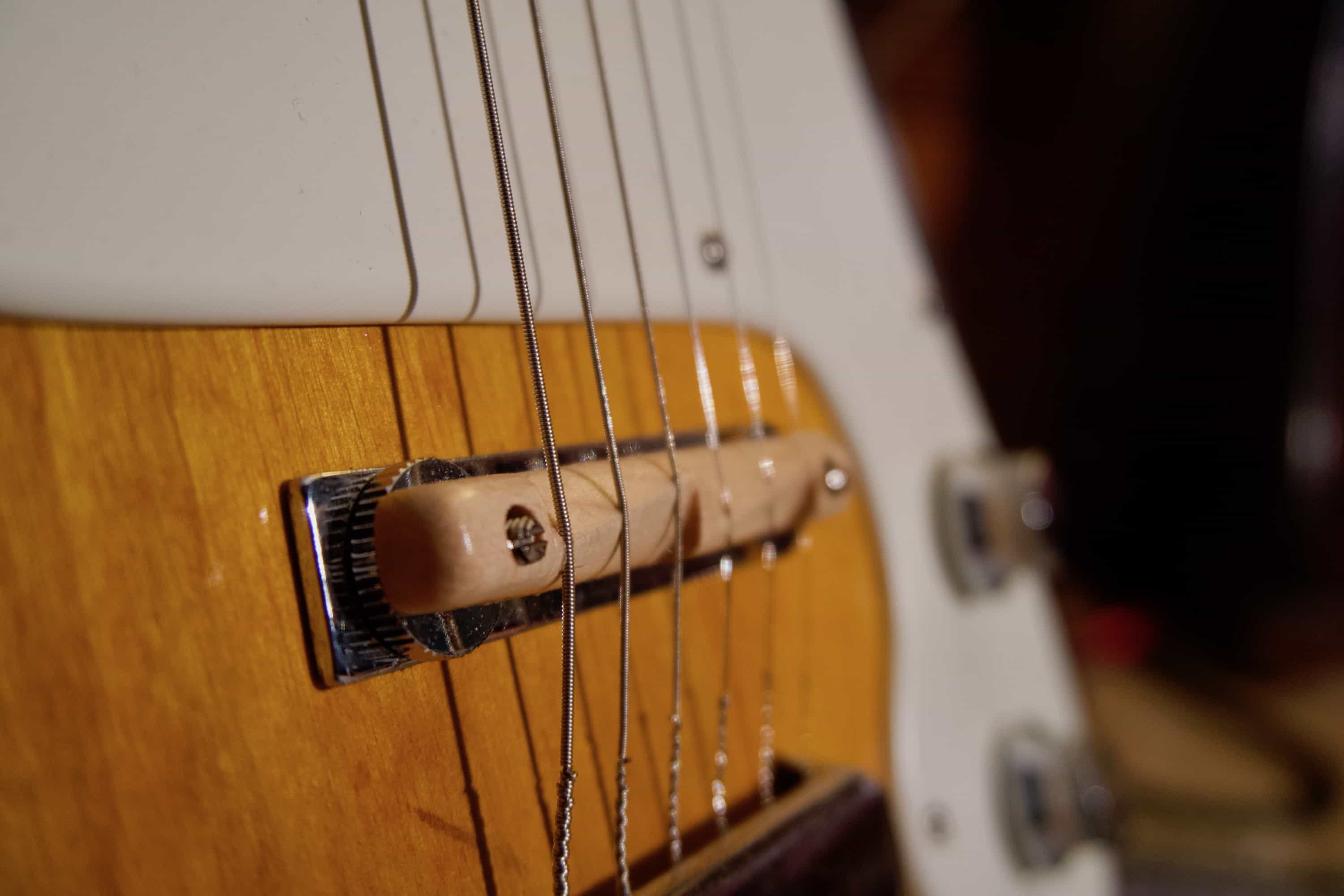 I was at a Quinn Oulton show in Berlin and it was pretty fantastic. Besides the music, his instrument was especially striking. It looked like a sibling of a classic Sears Silvertone I had not seen before - the shape, the headstock, the colour all just looked right. From where I was stood it was impossible to see what make it was, but then he mentioned that the builder of the guitar was actually in the room.

‍
So I briefly spoke with Reuben of Ruby Guitars after the show, and some emails later this Model 01 was ordered. The way I described what I was looking for was that I was just about as passionate about Dire Straits' Sultans Of Swing as I was about The Oblivians, and that I was looking for a guitar with gold-foil pickups that sort of reflected that.
‍
Reuben suggested the gun oil finish (which is as beautiful as it is a joy to play on), the wood bridge (we did not have a guitar with a wood bridge in the studio previously), and we both liked the idea of building a single-pickup instrument with the pickup placed in the middle position.
‍
When played, is has that sound that has hints of an acoustic guitar with a drop-in pickup, and it clearly harkens back to some of the mailorder classics from way back when. Sure you could play some Dire Straits on this one, definitely you can play Oblivians (or anything on Crypt Reocrds for that matter) kinda thing, but some of the sounds also remind me of early The Cure when Robert Smith still had that Woolworth Top 20 pickup in his Jazzmaster. All that said - it clearly is its own thing. Not least because it plays absurdly well.
‍
On the Ruby website it (currently) says "[...]making boutique guitars that the everyday guitarist could afford.", and I'd like to change this to "boutique guitars that the everyday guitarist should afford". Seriously - if you're in the market for a guitar, I cannot recommend these enough.