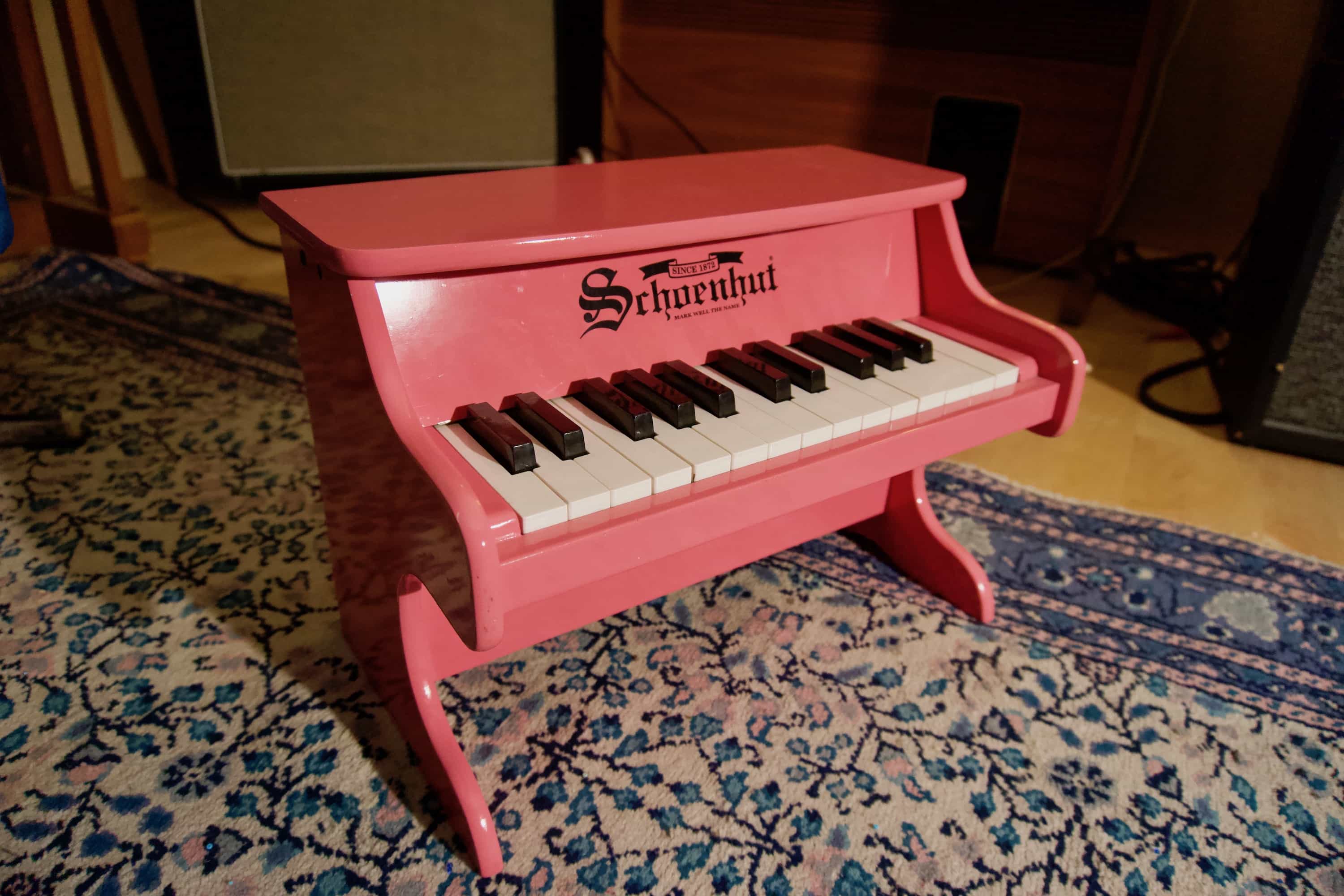 It's a pink toy piano.

We discovered the joys of using toy pianos when we first went to Tarquin Studios in Bridgeport, CT to mix with Peter Katis. It is a fantastic sound, the mechanical noise always makes it sound a btit eery, as does the slightly wonky tuning and the just-a-bit-drunk timing that comes from the weird weighting (or lack thereof) of the keys.
‍
Somehow, toy pianos are not a big thing in Germany so ours was bought in London and brought to Cologne on the Eurostar. Stored in the luggage rack, it would play spooky, tinkly chords along the way.

Some time later, our friend Albrecht Schrader borrowed ours for a show. That night his car was broken in to, and it seemd that the only thing stolen was the toy piano. Which sounds like thiefs that are either very particular or very much off their minds. (It was later recoverd, which is a story all of itself)

Out of all the oddball instruments we have, the toy piano probably made it onto the most records. There is also often a band member that takes so much of a liking to it that the others consider hiding it. Or burning it. (Or having it stolen out of a car?)