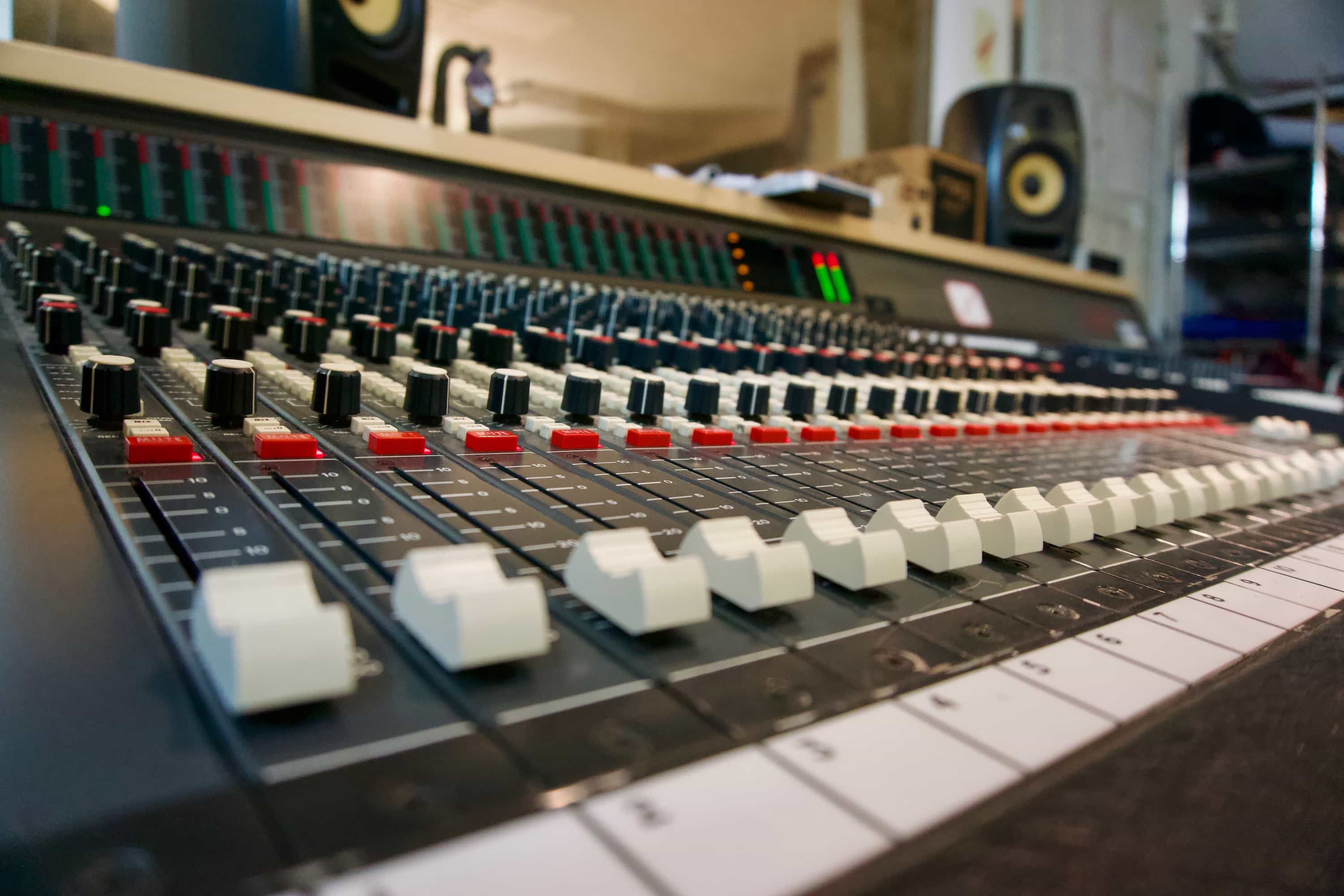 When we started the build-out for the studio we had some two or three external preamps, a convertor and a computer. Clearly we needed more preamps, and a monitoring solution, and a patchbay. We soon realized that prices for large consoles were already way down then, and there was no cheaper way to solve all of the above problems (and then some) in one go.

‍
We got lucky in that Tim at studiosystems.co.uk had a serviced Soundtracs Quartz - and that it just about fit down our staircase and through the doors (we tested this by building a dummy console and carrying it through all the tricky bits). It came with some EDAC looms, patchbay installed, and a whole bunch of TT cables. Honestly, we could have spent nearly the amount of money we payed for the console on these cables had we bought them new.

‍
We like to talk about how this is the kind of board that rich rockstars used to have in their home studios in the 80s and early 90s. And also, that Coldplay's first record was recorded on one of these.
‍

‍
And we feel a bit protective of it when other engineers come in and talk about the benefits of working fully in the box. In moments like these, we won't mention that we spent an absurd amount of time working through issues with wonky channel strips, the power supply or the master section in general. We won't mention the weeks we spent on maintenance, or the weeks we spent trying to find people to even help with maintenance at all. We won't even mention that we still sometimes look and see what used (and maybe less temperamental) consoles Funky Junk have on sale.

Because - be all that as it may, it's an integral part of the studio. If someone runs into issues - we have usually seen them before and I can troubleshoot fairly accurately over the phone. And, really:

‍
- For most musicians, a large format console is thenatural centerpiece of a studio. Once the meters are moving, they are much more likely to look at the console than stare at the computer screen - which absolutely helps with listening.
- Having the talkback i the middle of the console democratizes the talkback button, making it easier for a band member to step in for a conversation, or for a team of producers / engineers to efficiently work together.
- The EQs are basic but solid (and better than many a fancy-GUI'd plugin).
- The preamps are actually nice (especially for anything that needs cohesion - like a full drum kit).
- It does all the routing and monitor control we need.
Workflow is fast and we dare anyone working in the box to set up a full band, including a rough monitor mix, as fast as we do on the board.
- We have never had to solder a patchbay.

So, yeah, the Soundtracs Quartz is here to stay.