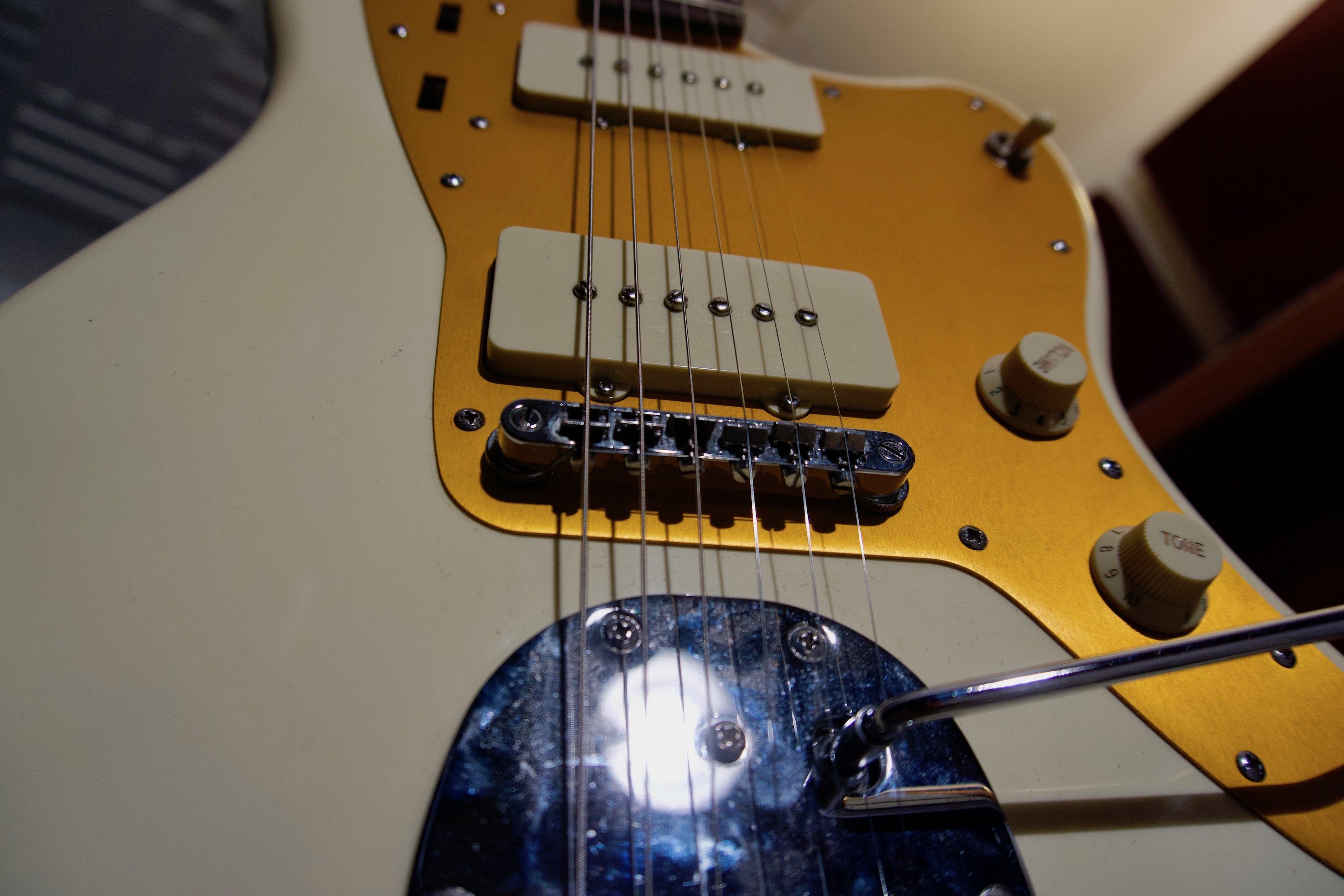 The official guitar of indie rock ever since it was released. Seen in countless videos and DIY shows.
Reasons are simple: It just works. It looks right. It felt right, out of the box. The pickups are nothing fancy, but they sound, you know, right. It has a Tune-O-Matic bridge that just works. The shorter string space between bridge and tremolo makes it more versaitle than your standard Jazzmaster by adding just a bit of sustain (and less discordant string chime). It's a guitar you cannot really go wrong with.

Ours has had a slight modification, where the two roller wheels on the "rhythm" side are now a treble cur (standard) and a bass cut (obvsl. not standard). Works great, and adds a couple more sounds.

‍
Also, the bar and collet for the trem system have been replaced with Staytrem upgrades, now the trem bar has that nice classic curve to it, stays in place, and does not rattle around in the collet. Does it feel as smooth and buttery as a Mastery Trem? Not really - but also unsure you would want it to.

Have been thinking about other mods a lot - new pickups? Goldfoils maybe? Maybe a aluminum neck? But in the end one thought always wins out: Well, it works great as it is.

Fun fact: Ours was played by Bootsy Collins during a session in Madrid.