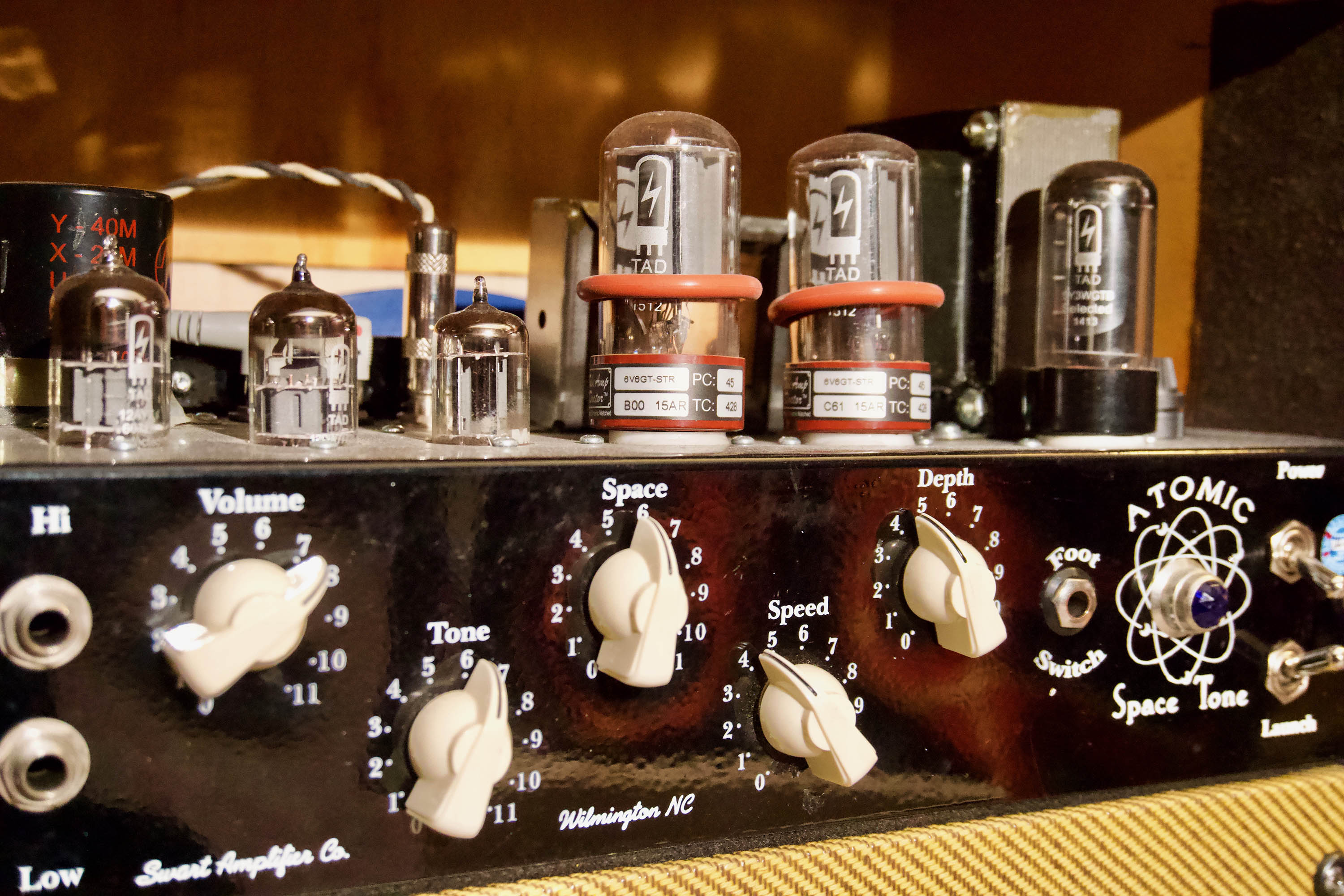 We first encountered this amp at a now defunct guitar store in New Haven when trying out effects pedals. We were instantly floored. It sounded just... right, and the reverb had an otherwordly quality to it. The tremolo, too, is a thing of sheer beauty.
It was also totally out of our price-range.

Years later, Niklas found one on Gearslutz classifieds that had been modified to have adjustable mids. It was also priced decently.

It arrived in pretty shoddy packaging, with one of the switched broken off and the chassis slightly bent.
Swart amps are really great, but apparently not really made to be sent around in cardboard boxes.

It sounded perfect regardless, and still does.

While it is a favourite with people who like to overdrive their amps, we use it mainly around 4 / 5 on the volume knob. There it is still clean(ish), but breaks up when using a boost, and goes into blissfull meltdown when pushed with fuzz. And boost. It also takes modulation effects very well.

The knobs and switches protrude considerably, so it is not the best amp to travel with, or to create a snugly fitting case for. Seems like practicalities are often forgotten with great sounding equipment (see also: the "carry handles" on a Fender Rhodes).